Last Saturday, I had the pleasure of visiting the final day of contemporary jewelry exhibition, Pensieri Preziosi, the 7th installment of a yearly event in Padova.

This title slash introduction can be translated in a few different ways. Preziosi is precious or valuable, while Pensieri is thoughts, thinking or mind.

Whichever your preferred combination, the emphasis is most definitely on the value of the ideas embedded within these new languages and tendencies of Italian Contemporary Jewelry.

Fifteen diverse artists (some young, some seasoned vets), present their interpretations of il gioiello or the jewel, or small and precious sculpture, as translated from the catalog of the two-month long exhibition in the Oratorio di San Rocco in Padova, Italy, presented by the AGC and il Comune di Padova. Appropriate language is discussed in the catalog; for example, the invited are referred to as artisti-orafi (artist-goldsmiths) capable of making work that transcends the limits of size with research-based decision making, unusual or “non-traditional” materials in a methodological and freedom-like approach.

There is also talk about the difficulty to define this kind of work. Why is there not a clear name that sums it all up? Here’s a bit of a paraphrased translation that points to some of the problems:

The world of jewelry, as noted, is multi-faceted and complex. It is not possible to follow the lines and the evolution, or to assess the development and prospects without creating the appropriate distinctions to define this field. The so-called and frequently overlapping boundary lines must also be taken into consideration in order to clarify a definition that distinguishes this current creation of jewelry.

Curated by Mirella Cisotto Nalon, the exhibition was a real treasure. It is rare to be able to so easily see pieces of this caliber in one place; if you’re one on the inside, you know that seeing good work of the like anywhere is really quite difficult. It seems to me Italy is up on its game all things considered. These artists are valued and showcased locally and even supported by the city. What is so fantastic about this work, including the conventions and locality of the show in addition, might also be its limitation. These artists value tradition, an Italian aesthetic developed and nurtured beginning in the 1950’s (in regard to goldsmithing, that is), yet the ordinary displays may hold the work down and keep it within the realm of tradition a little too much, regardless of unique material exploration or research-based approaches. But the big question remains, does all that matter? Can the work stay within this small-town feeling realm and that be enough?

Perhaps it ought to go further and be considered by a wider, more intellectual, even fine-art based audience. There are a few artists within the show much more deserving of this kind of attention, and I will mention them by showing images of their work below. But the reasons are not the same and up for debate, naturally. Soon I hope to post an entry i’ve been working on slowly and thinking about for quite some time that discusses the different avenues presented by various contemporary jewelers, in effort to give the work more finite articulation. What is contemporary jewelry after all? Let’s see what the Italians have to say. 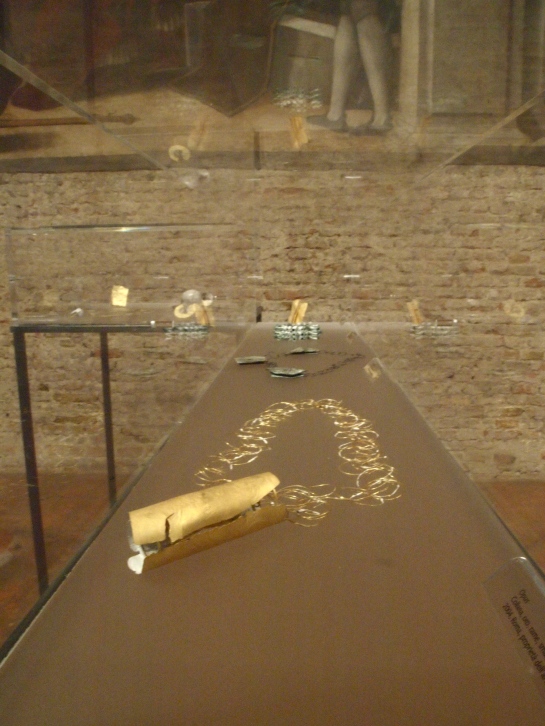 sorry, I forgot to write down the name of this one 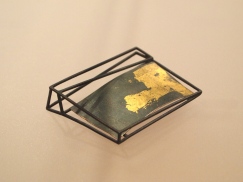 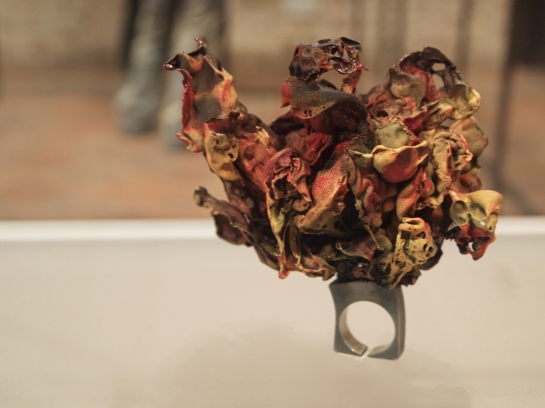 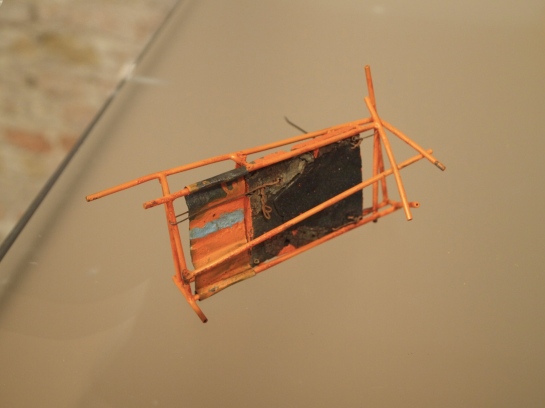 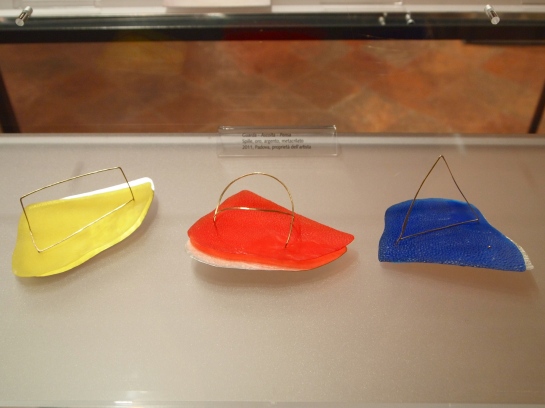 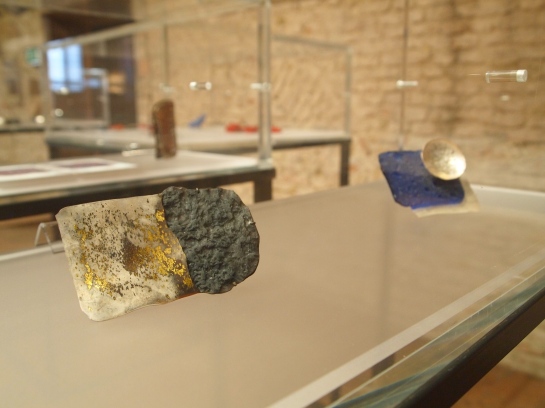 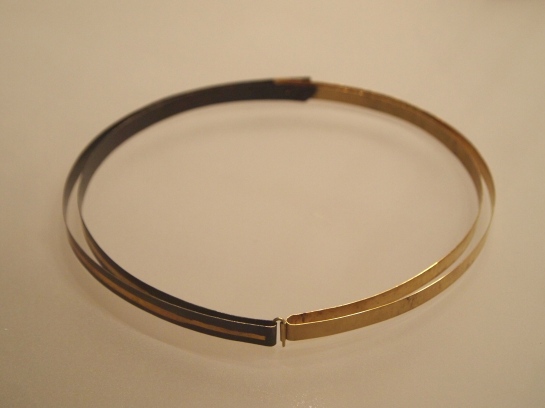 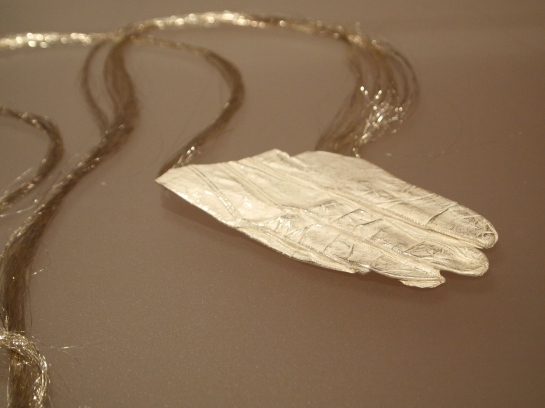 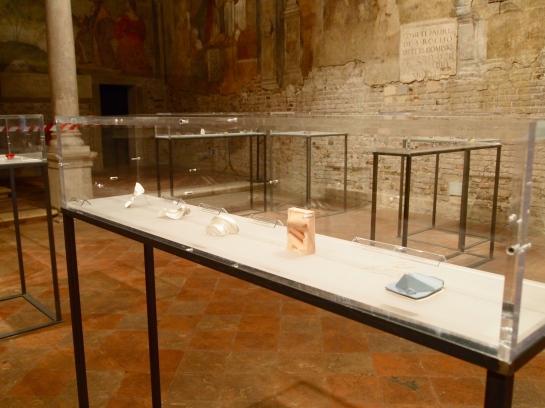