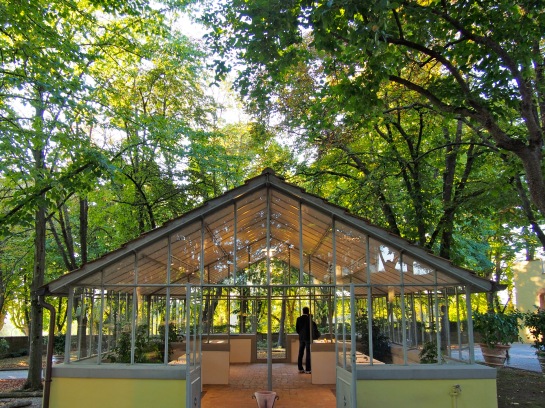 The Bright House, a review

I used to talk frequently of the dream show; I never knew what it was exactly or what it looked like, but the idea was basically to imagine a space where jewelry could truly be itself, speaking for itself without too much help. The work would be together yet independent, emboldened by its company and especially by its surroundings, surroundings much different than your average jewelry exhibition, someplace more inviting. But what kind of new space would it have to be, to give each individual piece its own privacy so to speak, it’s own fortified spotlight beyond the pretense of what we are used to seeing in an installation?

The word dream implies beyond reality, the ideal, exaltation even, and that’s exactly what The Bright House was – a 48 hour ultimate jewelry fantasy if you will – if as though contemporary jewelry threw itself an exclusive, budget-less birthday party with the highest consideration of taste, beauty and even restraint. But what else would one expect when the background for the show is the grounds of a spacious and immaculate Tuscan Villa, with the colors and winds of nature sweeping through the air like magic? There were no white walls to be found here, just glass as though the surrounding structures to the jewelry were nothing more than an illusion, almost an invisible stage for the jewels on display. No cases, no security, an open invitation to touch, to try, and the opportunity for dialogue as many of the artists were also present. A feeling of safety and calmness was in circulation, a true haven of delicacies, many of which were gold.

The show was defined by two groupings of work in two locations of display, both a glass house separated by a beautiful foot path that seemed to encourage a reflectiveness of the experience. As the groomed nature infiltrated the exhibition space through the windows the textural components of each body of work was rightfully amplified; even Helen Britton’s industrial-esque work began to really belong to the environment, the movement of her cuffs became leaflike, the colors echoing the fallen foliage in the grass just yards away and the sounds they make during interaction would perhaps compliment walking in the grass through the signs of the approaching fall. Across the space was another compliment to the show’s surroundings, but this time more to the light through the trees and the changing hues of green, like in the work of Jamie Bennet, paired nicely with Peter Bauhius who presented three natural pebble-like necklaces.

Across the room was a Smörgåsbord of geometric golden treats all of which were characteristically Babetto, the most exciting piece being a quite impressively flexible and reversible square component necklace defying physical odds when handled. Anytime I see Babetto’s work I know i’m in the right place.. he brings a sense of ease to the room somehow, as by seeing him you know the rest of the work from other artists has got to be worth something. Giampaolo Babetto is my first jewelry hero and seeing new iterations of himself, which his work always seems to be, is exciting for me in all of its variations and subtleties; take for example the use of a rustic, rusty red pigment seen in his new work.

Up the footpath and into the next glass house of which the back wall features a bit of the outside world. Giant rocks climbing up the walls frame a mirrored fountain and in its vicinity more treasures are to be found. To the right Manfred Bischoff has a row of his sculptural and almost cryptically narrative gold work which are always an impressive sight, opposite that of Jacqueline Ryan whose more intimate and textural work dazzles. Ryan’s presence reintroduces the show’s connection with the surrounding nature through surface quality and moments of movement. She also forms a somewhat unexpected association to Patrick Davison’s non jewelry work (found in the same room) through shared pattern and geometry. Davison, whose pieces are the only of its kind in the exhibition, is also by far the youngest artist present, proving his work to be even more impressive than a first glance will lead on.

Something I found delightful about this exhibition is that many of the artists echo one another in sometimes indistinct yet fun ways. Rike Bartels (shown in the first glass house) to Bischoff though is perhaps too obvious an example, obvious to the the point that Bartels becomes a bit amiss once Bischoff is discovered. Alternatively, Ryan’s work is the glue of the whole exhibition noted in the way she positively brings the two spaces together, well balancing both Babetto and Britton’s work through kinetics and form, and recollecting Ferràn Iglesias’ extremely delicate, patient and passionate gold wire work from the previous room.

The Bright House is much much greater than the sum of its parts. There is no question here whether the work is good or of the highest quality, yet I will note that this particular group is surely not the most relevant or contemporary of groups in the scene at large today. In a field that seems to get fresher and fresher every year, choosing such traditionalists could have posed a problem. But on the contrary, some of the artists here are introspective legends and masters of material and they deserve the space for uninterrupted tactile and even spiritual reflection that this exhibition successfully provided… all very much dream-like to say the least. 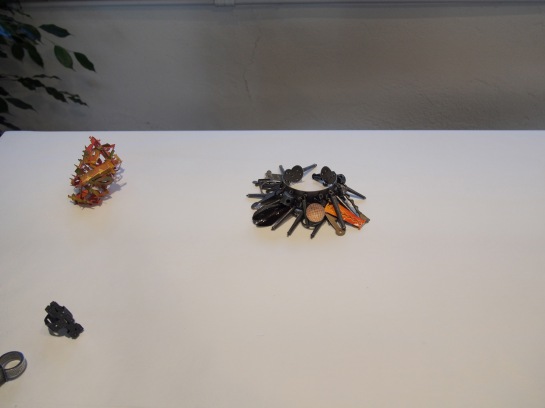 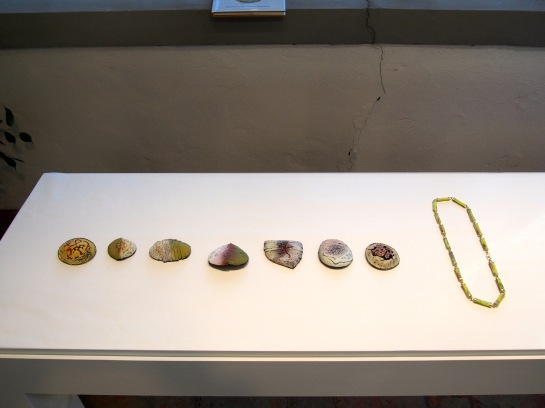 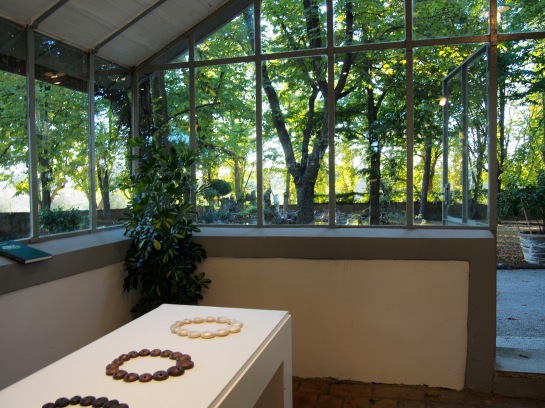 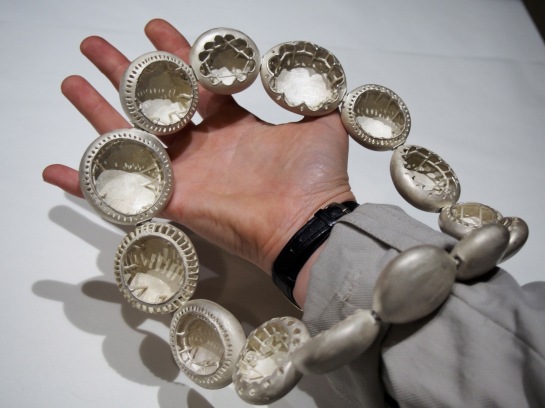 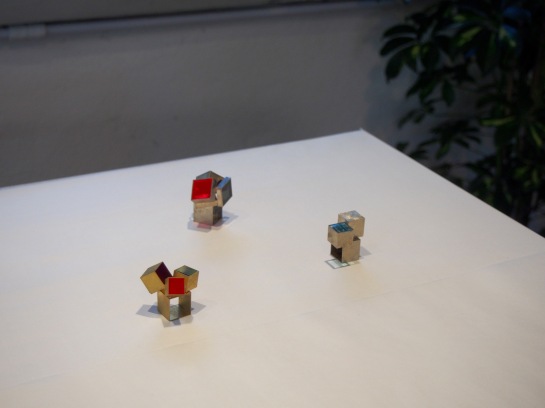 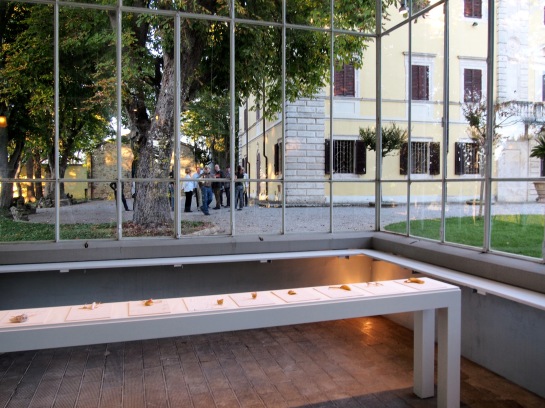 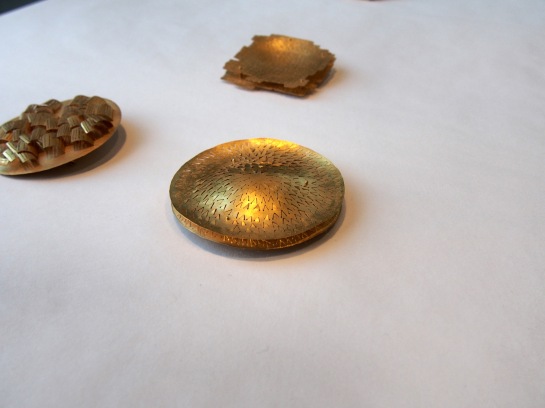 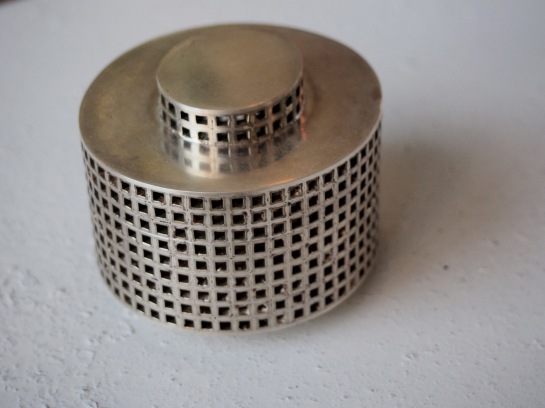 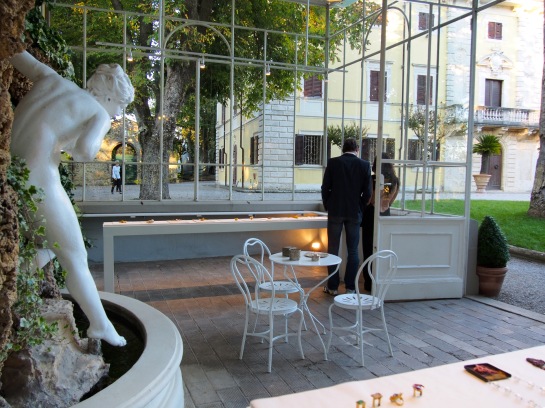 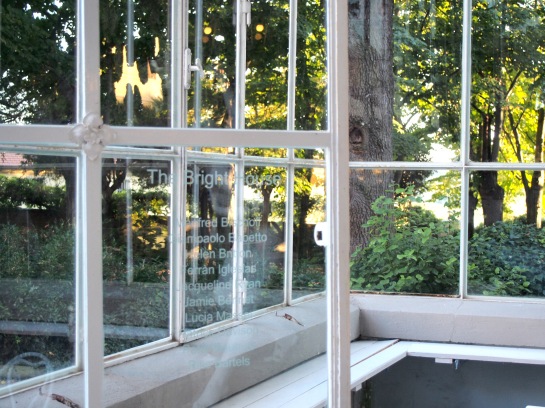